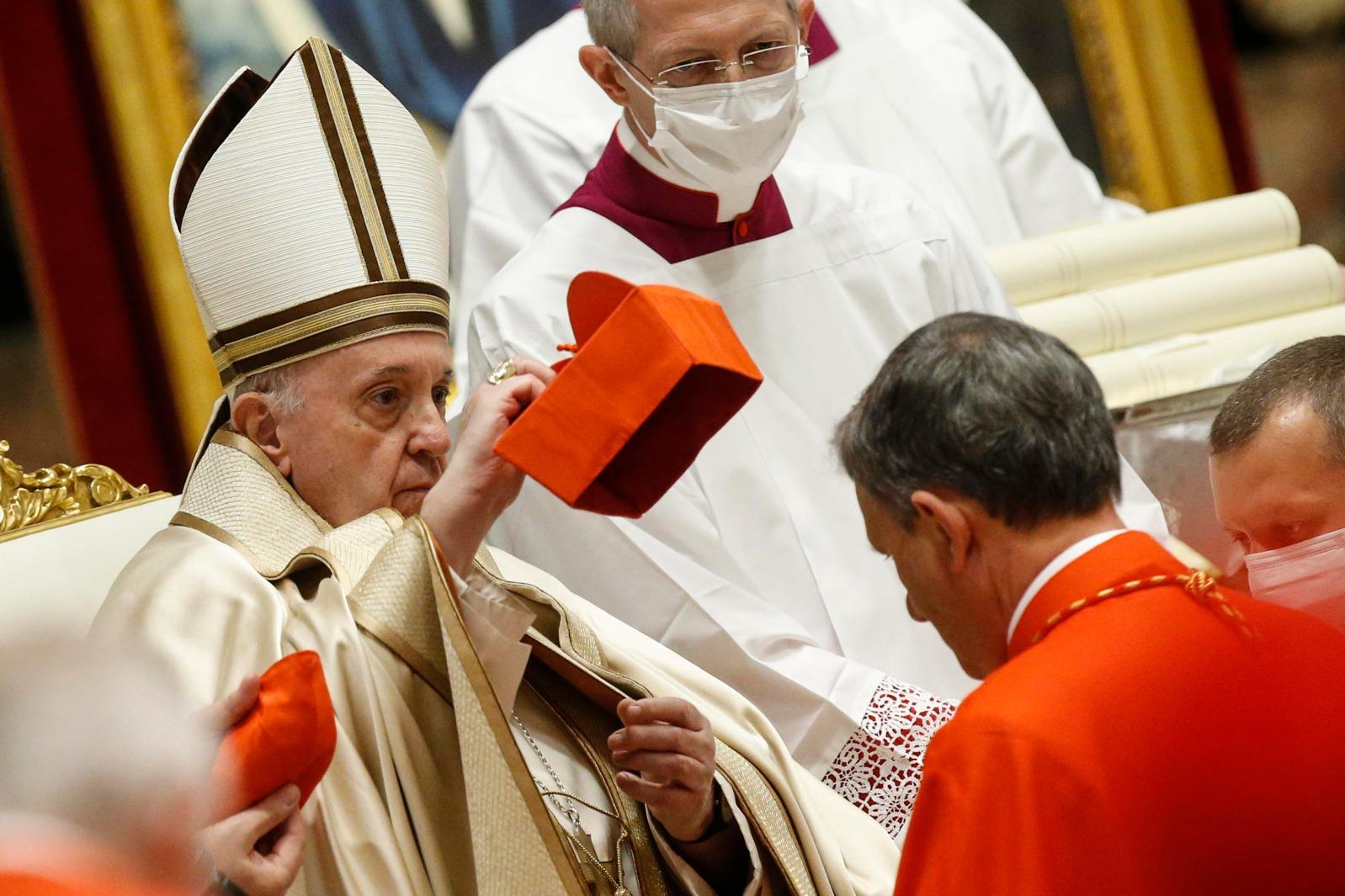 Cardinal will lead 12 others during Vatican consistory

Former Gozo bishop Mario Grech was appointed cardinal in a Vatican ceremony on Saturday, becoming only the third Maltese person in history to hold the position.

Grech, 63, serves as general secretary of the Synod of Bishops, having assumed a position at the Holy See last year after almost 15 years serving as Gozo Bishop.

He led 12 other men who were appointed cardinals alongside him during Saturday’s consistory, presided by Pope Francis.

He has been assigned to the titular Basilica of Saint Cosmas and Damian in Rome.

In his address, Grech spoke of the need for the Church to “open new paths” and to reaffirm its commitment as a “Church that listens”.

He spoke of his desire to use his position on the Synod of Bishops to open further lines of communication between bishops around the world and the various levels of the organisation of the Church.

Grech becomes the first Maltese cardinal in almost 200 years to be eligible to vote in conclave. Malta’s most recent cardinal, Prospero Grech, was appointed cardinal in 2012 but was over 80 years old at the time and therefore ineligible to vote.

President George Vella described Saturday’s event as a “momentous event in Malta’s ecclesiastical history” and urged the faithful to pray for cardinal-designate Grech.

Opposition leader Bernard Grech said Grech would bring honour to Malta and its people and wished him all the best in his work.

‘Listen to your bishops’

Grech has said that he was surprised by the Pope’s decision to appoint him cardinal, and on Saturday morning he reiterated that sentiment.

The jolt of energy which news of his appointment had sparked was a sign that the Church continued to be impactful, he wrote on Facebook.

“Despite its defects and mistakes, the Church still has roots in our people’s hearts,” he wrote. “The signs show that the Church belongs in our midst”.

“I urge you to listen to my brothers, your Bishops,” he told the faithful.

“Unity with our bishops is a guarantee to ensure we do not end up astray when we are called to understand what the Holy Spirit wants of its Church in Malta and Gozo,” he said.

As well as Grech, Pope Francis appointed 12 other cardinals during Saturday’s consistory. They are:

This is www.timesofmalta.com opinion piece