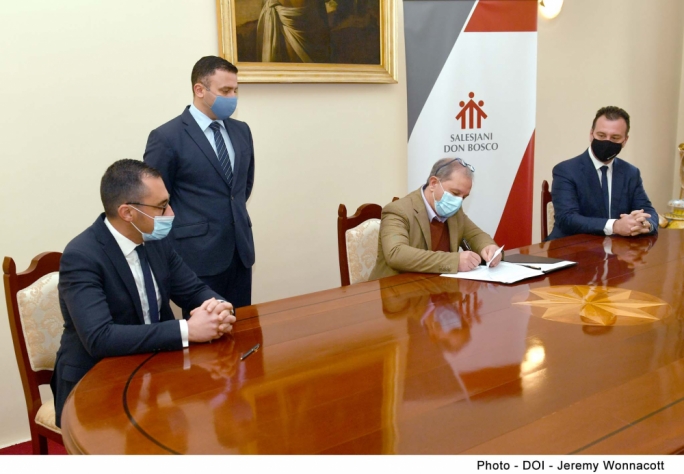 The Ministry of Tourism and Consumer Protection has signed a Memorandum of Understanding with the National Federation of Past Pupils and Friends of Don Bosco, to help strengthen cooperation between government and the Salesian Oratory.

The aim of this agreement is to attract a new tourist niche for Malta, being that of religious tourism.

This agreement was signed by the Permanent Secretary within the Ministry for Tourism and Consumer Protection Ronald Mizzi, the Malta Tourism Authority CEO Johann Buttigieg, and Bryan Magro on behalf of Salesians, in the presence of the Tourism Minister Clayton Bartolo.

Through this agreement, the government will be awarding €200,000 to the Salesians to carry out infrastructural works in a building that will serve to unite young Catholics who choose Malta as the primary destination for their spiritual journey.

In addition, Salesians will be awarded a further €60,000 over five years with the aim of advertising Malta to the 230 different countries that Don Bosco’s Salesians are represented.

Minister for Tourism and Consumer Protection Clayton Bartolo said that this agreement will strengthen the niche of religious tourism, a sector which he says Malta has high potential in.

“We are looking at this niche as one of the pillars on which we will be building the tourism sector for the coming years. I am confident that through this agreement we will be achieving great results for Malta, and so I look forward to delivering on this agreement and in turn look towards the road to normality,” he said.

This is a maltatoday.com.mt opinion piece